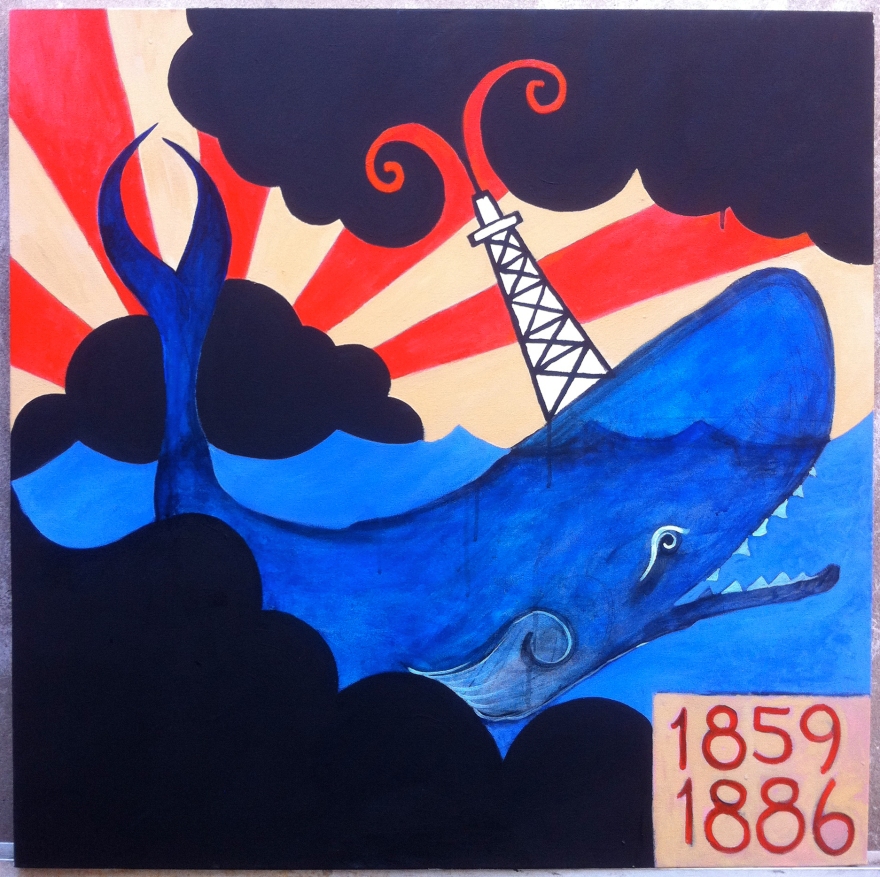 attack on the red triangle 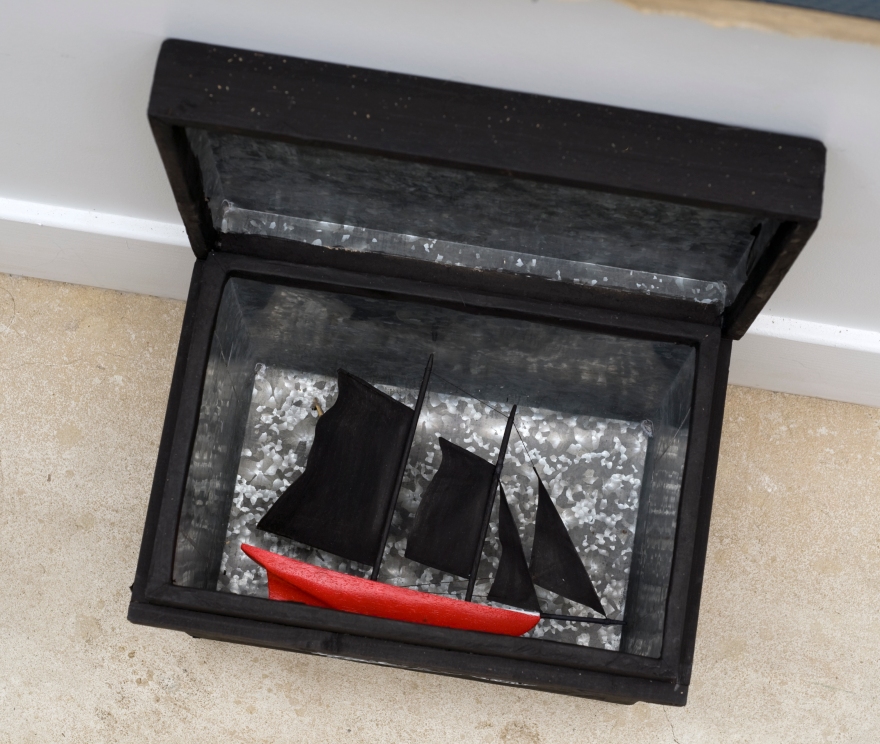 dreams of a little optimist

“The paintings and mixed-media works in “Maritime Musings” are also autobiographical, in a sense. They mingle the artist’s childhood fantasies with the stories that inspired them. Franck Cordes’s grandfather served in the French navy from the late 1930s to the early 1940s, sailing far from German-occupied France. Cordes has adapted one of grand-pere’s yarns into a picture book, “Boo Boo, the Bad Monkey,” and the artist’s canvases have the directness of children’s book illustrations. The paintings, on display at Studio 1469, depict ocean adventures with simple lines and bold colors.

The themes aren’t as guileless as the images. “Boyhood Heroes” puts oceanographer Jacques Cousteau, yacht racer Bernard Moitessier and pirate Edward Teach (a.k.a. Blackbeard) in the same frame; the combination shows how a boy’s enthusiasm for adventure makes allowances for piracy. Cordes also invokes the ancient world, giving some of his works Latin titles and daubing a maze on a saillike square of canvas and titling the result “Theseus’ Ship.” (Theseus was the demigod who entered Crete’s labyrinth and defeated the Minotaur.) Playfully, Cordes painted a sailor’s fantasy of a travel companion (female and nude) on a battered life preserver and projects clips of silent-era pirate movies on the sail of a model boat. The artist may celebrate seafaring bandits, but he does so in a spirit of innocence.”

The work of Cordes has always addressed memory and emotion. In this show, he was inspired by his love of sailing and the sea, as well as his family’s vast collection of maritime lore, folk art, illustrated children’s books, animated cartoons, nautical toys and history books, to create a new whimsical body of work.  Franck describes a continual restlessness  as “suffering land sickness” when he’s been too long stuck on shore.  He appeases this condition by drawing, painting, writing, and singing – as loudly as he can – sea tales told to him by his sailor grandfather or hatched from his own fertile imagination.

The romance and hardships of the sea have been present throughout Cordes body of work as an artist, with navigational and sailing terms masterfully woven into art and word, montage and multi-media. He promises to take the viewer–seafarer and landlubber alike–on a fantastical journey: to observe dream-creatures; inspirational figures, great and small; passing thoughts, recollections and meditations, by the boy and the man, on the nautical world.